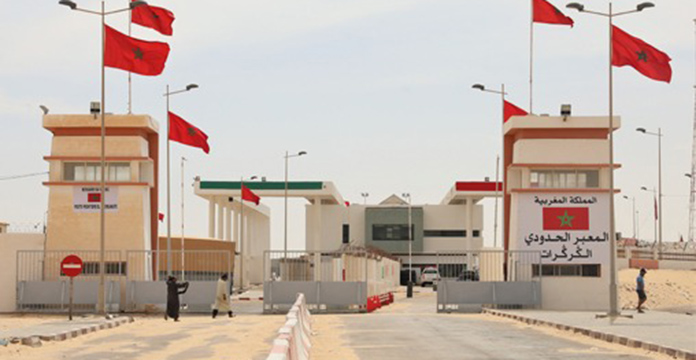 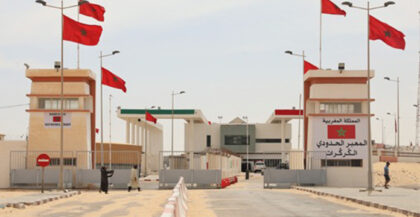 Morocco acted firmly in line with Royal guidelines to clear Guerguarat from the Polisario bandits who have been blocking commercial and passenger traffic since October 21 and secure the area.

King Mohammed VI, supreme commander of the Royal Armed Forces, has made it clear in a speech on the occasion of the Green March anniversary that Morocco will not accept the blockade of the road and will act firmly to defend its territories.

“Guerguarat crossing between Morocco and Mauritania is now completely secured through the setting up of a security cordon by the Royal Armed Forces (FAR), pursuant to the high instructions of H.M. King Mohammed VI, Supreme Commander and Chief of FAR General Staff,” said on Friday afternoon the FAR General Staff in a statement, indicating that an operation was conducted on November 13, 2020, “according to clear rules of engagement prescribing to avoid any contact with civilians.”

During this operation, the armed polisario militia opened fire on the Royal Armed Forces, who fired back and forced the militiamen to flee, the statement said.

There has been no human damage and the Polisario bandits run away as soon as the Moroccan army intervened to build sand barriers to prevent the Polisario and their supporters from returning to the area.

After the intervention of the Royal Armed Forces, “the polisario militiamen voluntarily set fire to the tent camp they had established and fled in Jeeps and trucks towards the East and South, under the eyes of MINURSO observers,” the statement said.

“The passage of Guerguarat is now completely secured by the setting up of a security cordon, ensuring the flow of goods and people through the crossing between the two border posts,” the statement added.

In a statement issued earlier Friday, the army made it clear that it intervened to restore traffic and that it does not aim at attacking civilians but retains the right to use arms for legitimate self-defense.

The Polisario in a new provocation declared war and the end of the ceasefire agreement which in fact it had flouted in Guerguarat since 2016.

Morocco gave ample time to the UN and the MINURSO to clear the area where Polisario members practiced banditry and blocked Morocco’s access to West Africa.

The Polisario and its militias, which entered the area since October 21, 2020, carried out acts of banditry there, blocked the movement of people and goods on this road, and continually harassed the military observers of the MINURSO, Morocco’s Foreign Ministry said in a statement.

After the Polisario refused the calls by the UN to leave the passage, Morocco decided to act in line with international law and its responsibilities, reads the foreign ministry statement.

The “Polisario” alone assumes full responsibility and the full repercussions of these acts, the ministry said.

North Africa Post's news desk is composed of journalists and editors, who are constantly working to provide new and accurate stories to NAP readers.
NEWER POSTFAR operation in Guerguarat unfolded peacefully, without clashes or threats to civilians’ safety – Foreign Ministry
OLDER POSTBorders between Libya and Tunisia will reopen November 14th