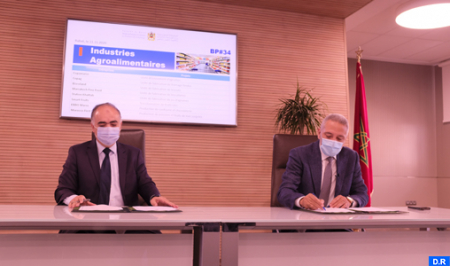 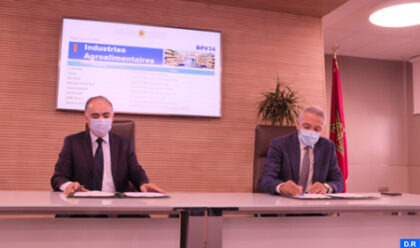 Part of Morocco’s efforts to upgrade the industrial sector, impacted by the coronavirus pandemic, 17 investment agreements, worth $93.6 million, were signed in Rabat Wednesday.

The signing of the agreements relating to several sectors took place under the chairmanship of Minister of Industry and Trade Moulay Hafid Elalamy who described these agreements as an “important” project.

“The goal is to create jobs, to avoid imports paid in foreign currency, and gain independence,” he said.

Elalamy emphasized that Morocco’s imports amount to 183 billion dirhams ($20 billion) per year and that his department “initially identified 34 billion dirhams which are substitutable.”

Eight of the agreements, worth $67.7 million, will realize investment projects in the agri-food sector.

The minister also chaired the signing of four memoranda of understanding (MoU) and two agreements in the textile and leather sector with an investment of $24 million.

The investments seek to create manufacturing units for products including clothing fabric and geotextiles, cleaning products made from non-woven fabrics, and sewing thread.

The projects are expected to create 1,350 new jobs and generate a turnover of about $38.8 million.

The ministry also announced the signing of three agreements in the industrial sectors of plastics processing, packaging, and plasticulture, as well as electrical and electronics, worth $1.9 million.

The agreements seek to create a manufacturing unit for domestic electrical cables, brass fittings and valves, as well as for the production of plastic caps, polyethylene pipes, and tubes and plastic products.

The projects are set to generate 99 new jobs and an additional turnover of $10.1 million.

In September, the Ministry of Industry and Trade announced the launch of 100 subsidized investment projects in various sectors, including transport, construction, electronics, textiles, food, mechanics, and metallurgy.

This set of 100 subsidized investment projects is the first of a larger program to launch 500 projects by the fourth quarter of 2021.

To help facilitate investment, the ministry’s plan also offers fiscal advantages, including an exemption from the import duty of capital goods, materials, and tools that are part of an investment project exceeding $21.4 million.