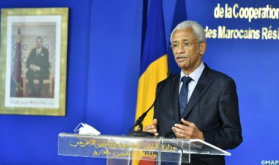 Chad Monday threw its weight behind Morocco’s autonomy proposal for the Sahara, whose independence is claimed by the Algeria-backed separatist Polisario front.

Chad, the Foreign Minister recalled, has severed ties with the pseudo-Sahrawi Republic since 2006 after President Idriss Deby recommended the African Union (AU) to hand the issue over to the United Nations.

Morocco, as part of its efforts to bring the UN-led talks out of the deadlock, proposed an autonomous status for the territory. The proposal has received seal approval by most global powers and several AU members.

Morocco and Chad have a shared responsibility and vision for the preservation of peace and the promotion of development in the Sahel, said on his part Nasser Bourita.

“Morocco and Chad have a common belonging to the Sahel. They have a shared responsibility and vision. This belonging gives us a symbiotic attachment to the preservation of peace and the promotion of development in our sub-region”, he said.

Chad plays an important role in the Sahel region, he stressed, deeming that the military and security contribution of this country is fundamental for the preservation of stability in this region and the fight against the terrorist threat, notably around Lake Chad.

Describing the visit of the Chadian minister as “fruitful and auspicious” for the future of bilateral relations, as it helped add “new milestones to an already solid partnership between the two brotherly countries”, Bourita said the two sides were able to discuss several issues of common interest and express their determination to strengthen bilateral cooperation.

These talks were also an opportunity to enhance the coordination between the two countries within the African Union (AU), the important role played by Chad in the return of the Kingdom to the Union, and the presence of Morocco within AU forums, he said, noting that the two parties agreed to strengthen this coordination during the coming stages.

The Chadian Foreign Minister’s visit to Rabat highlighted by the signing of six cooperation agreements in the areas of diplomacy, agriculture, energy, information and communication, culture, and tourism. The deals aim at strengthening exchange of experiences and expertise between the two countries.

A multi-sectoral mission is expected to visit N’Djamena, the Chadian capital, soon, to strengthen cooperation between the two countries, particularly in the field of vocational training.