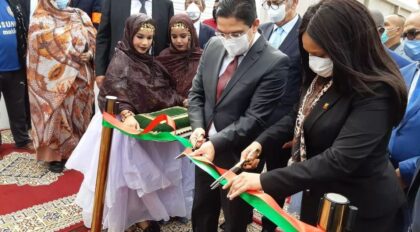 The inauguration ceremony of this consulate was co-chaired by Minister of Foreign Affairs, African Cooperation and Moroccans Abroad, Nasser Bourita, and his Bissau-Guinean counterpart Suzi Carla Barbosa.