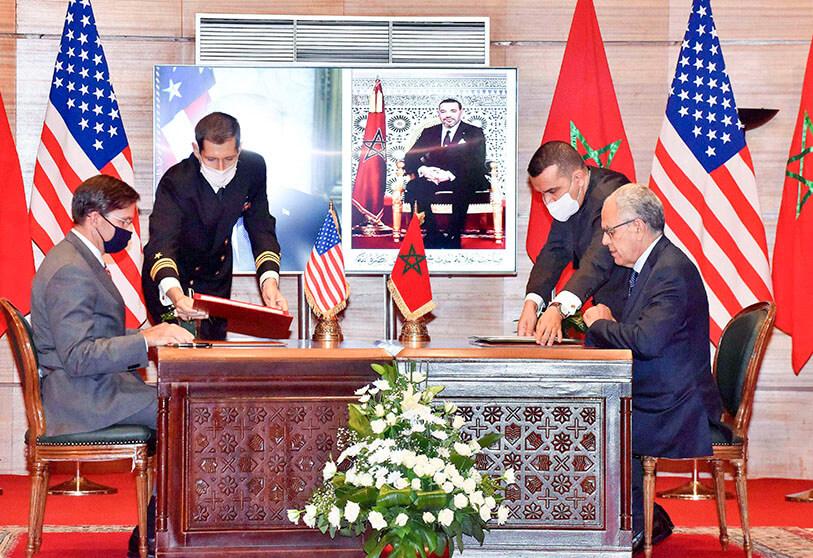 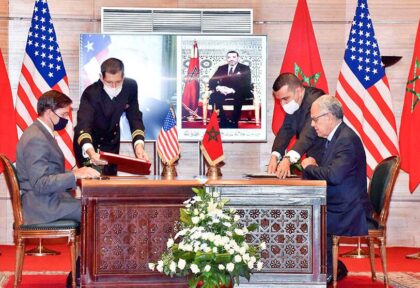 The 2020-2030 defense cooperation deal between Morocco and the US will benefit friendly African countries, said US Secretary of Defense Mark Esper.

Speaking at the signing ceremony of the landmark agreement, Esper highlighted the longstanding partnership between the US and Morocco citing a convergence of views regarding a range of security threats.

“Morocco is a major non-NATO ally and a gateway to Africa,” he said, adding that the two countries share the same concern to safeguard regional security and stability.

In this respect, he said the ten-year military cooperation roadmap will ensure that the partnership endures for generations to come, noting that African countries stand to benefit from this deal.

He recalled the importance of the African Lion military drills, “a key training excercise for many countries not only the US and Morocco.”

For his part, foreign minister Nasser Bourita said the deal comes in a series of milestones as part of a multi-pronged partnership that ranges from security to economics and regular political consultations.

Esper’s visit is also the first of a Pentagon chief in the Trump’s administration, Bourita said.

The new roadmap comes in a context Morocco is bolstering and modernizing its defense arsenal, he said.

Morocco is the first buyer of US arms in Africa and plans to develop its own military industry to reduce dependence on imports.

Esper expressed in this connection full support for the initiatives aimed at bolstering and modernizing Morocco’s defense sector, noting that this development is likely to further strengthen the ability of the United States and Morocco to face regional threats together more effectively.

In a statement on Mark Esper’s talks in Morocco, the US Department of Defense highlighted Saturday “the strong leadership” of King Mohammed VI, at a time when the African continent faces multiple threats.

Even as Africa contends with these threats, the Secretary noted during his talks in rabat the strong leadership of King Mohammed VI, and highlighted the progress and strength of the US-Moroccan partnership as part of larger effort to counter instability on the continent, the statement said.

Esper and Bourita “shared their mutual concerns about regional instability caused by violent extremist groups and coercive foreign activity”, the statement said, adding that the two officials also “discussed the important work of the Transitional Government in Mali to restore constitutional rule and prevent terrorists from taking advantage of the situation”.