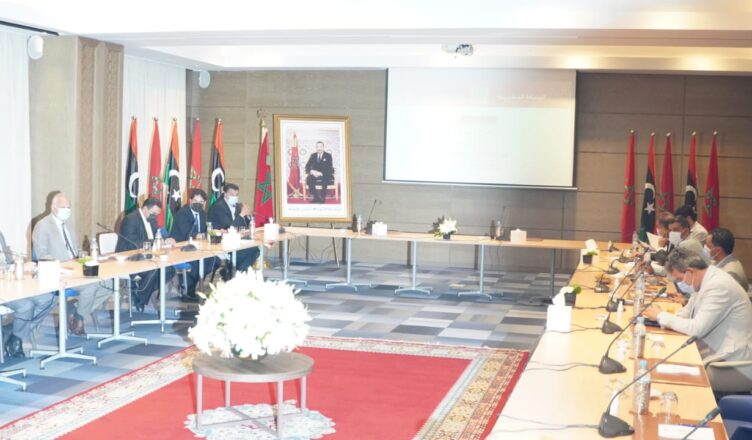 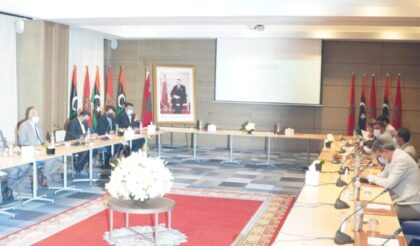 The second round of inter-Libyan dialogue resumed in Bouznika Friday evening with the participation of delegations of the Libyan High Council of State and the House of Representatives.

The delegation of the Libyan High Council of State is chaired by Fawzi Al-Agab, while that of the House of Representatives is chaired by Youssef El Akkouri.

This second round of inter-Libyan talks comes nearly a month after the first round that brought together the two parties (from September 6 to 10) in Bouznika and which resulted in a comprehensive agreement on the criteria and transparent and objective mechanisms for choosing who will assume the positions of sovereignty.

The two sides had agreed to continue this dialogue and to resume their meetings in order to complete the necessary measures that guarantee the application and activation of this agreement.

Following the first round of talks, Libya’s High Council of State and the Tobruk Parliament issued a joint statement describing the success of the dialogue and thanking Morocco and King Mohammed VI for the initiative.

They stressed that Morocco’s assistance will help them overcome the crisis and work towards meeting the Libyan people’s hopes for a peaceful, secure, and stable democracy.

The international community, including the EU, the Arab League, and the UN, were among several international players to commend Morocco’s facilitation of the inter-Libyan dialogue and its efforts to help reach a solution to the Libyan crisis, under the auspices of the UN.

Several members of the UN Security Council, including five current and incoming European members of the Council, namely Belgium, Estonia, France, Germany and Ireland, welcomed the outcome of the Bouznika inter-Libyan dialogue, considering it a “positive step” towards the rapid resumption of the political process and a way out of the crisis in the North African country.

Negotiations between the two rival administrations are scheduled to be held in Geneva later this month.

According to Bloomberg, the rival sides will be asked in Geneva to agree on a new presidential council structure that unifies the country’s dueling administrations and schedule elections.