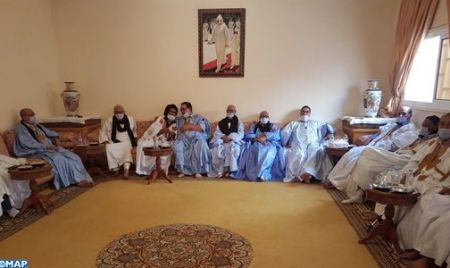 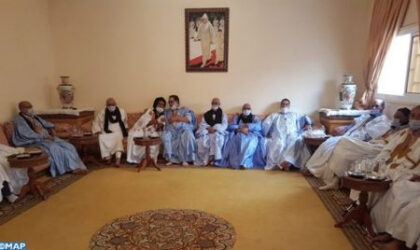 Leaders of Sahraoui tribes have condemned the creation of puppet entities in the Sahara aimed at undermining the territorial integrity of the Kingdom and its constitutional and human rights achievements.

The Sahrawi notables rebuke the provocative and hostile move made lately by Amanitou Haidar seeking to set up a pro-Polisario entity in the Moroccan Sahara.

The separatists and their Algerian supporters usually resort to such provocative acts when their plots and lies are exposed on the international scene, said the leaders of the region of Laâyoune-Sakia El Hamra in a press release.

As representatives of the populations of the southern provinces, the Moroccan Sahrawi tribes elders also strongly condemned the desperate maneuvers of the Polisario to undermine the region’s stability and development by attempting to obstruct civilian and commercial traffic and freedom of movement at the El Guerguerat post-border.

The purpose of these maneuvers is to undermine the strategic interests of the Kingdom with the countries of sub-Saharan Africa, they noted, describing any attempt to destabilize the region and to attack the sacred immutable values of the Kingdom as pointless.

They renewed allegiance to King Mohammed VI and to the Alaouite throne, saying that the southern provinces of the Kingdom enjoy security, stability, inclusive development, democracy and respect of human rights.

A judicial probe has been opened into her act, which represents an attack against Morocco’s territorial integrity and prompts legal measures to protect the country’s public order.

Aminatou Haidar and a handful of her local supporters serve the agenda of the Polisario and the Algerian regime. They abuse the freedom of speech and movement prevailing in the Moroccan Sahara, unlike the situation in the Polisario-controlled Tindouf camps in southern Algeria where the sequestered Sahraouis are experiencing harsh living conditions, lacking water, medicine, food and are denied basic rights.