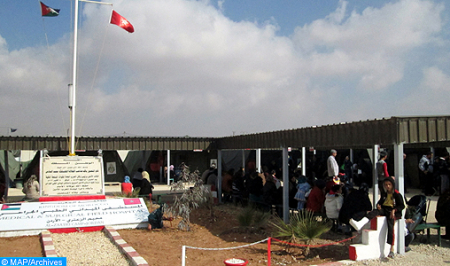 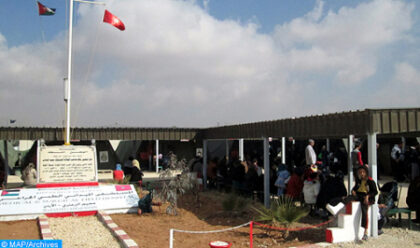 The first military medico-surgical field hospital set up by Morocco in Zaatari Camp in Jordan in 2012 has completed its humanitarian mission towards Syrian refugees, after eight years of commendable services, said on Wednesday a military source.

The mission of the field Hospital in Zaatari refugee camp has come to end after it served for eight years Syrians fleeing civil war with professionalism, dedication and a high sense of responsibility, the military source said.

The humanitarian mission by Morocco’s Royal Armed Forces (FAR) began in August 2012 under the instructions of King Mohammed VI, who acts as the Supreme Chief and Chief of the General Staff of the Armed Forces.

The field hospital had a capacity of 60 beds and a staff of 125 medical executives, including 27 military doctors covering nearly twenty specialties.

King Mohammed VI visited the military field hospital in Zaatari in October 2012, just a couple of months after it was set up and handed then to the Chief Doctor donations by the Mohammed V Foundation for Solidarity and the Moroccan Agency for International Cooperation destined to the Syrian refugees in the camp.
In July 2017, a delegation of Moroccan MPs and members of the Parliamentary Assembly of the Mediterranean (APM) visited the field hospital.

The deployment of this military hospital in the Zaatari camp reflects the strong involvement of Morocco, under the leadership of King Mohammed VI, in humanitarian actions worldwide, an involvement rooted in the history of Morocco.

According to Oxfam, the camp once hosted 150,000 Syrian refugees at its peak and became Jordan’s fourth-largest city.

According to latest figures by the UN Refugee Agency, as of September 4, the Zaatari camp was hosting 77,771 Syrian refugees.