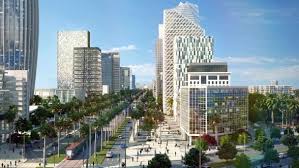 Casablanca Finance City (CFC) has been ranked 46th in the 2020 Global Financial Centre Index (GFCI) which evaluates the competitiveness and performance of world leading financial centers.

Last year, CFC was ranked 41th among the global financial hubs. Although it dropped this year five places due to several regional and international factors, Casablanca remains the first financial hub in Africa.

According to the report jointly released by the city of London’s think tank Z/Yen Group and Shenzhen’s China Development Institute, GFCI 2020 shows a relatively high level of volatility, with 23 centers rising ten or more places in the rankings and 20 falling ten or more places.

New York retains its first place in the index, although London in second place has made up ground in the ratings, now only four points behind the leader.

Shenzhen and Zurich entered the top ten in this edition, replacing Los Angeles and Geneva. Within the top 30 centers, Luxembourg, Boston, Seoul, and Madrid rose by more than five places.

In the Middle-East, the majority of centers in this region fell in terms of both ranking and rating. Abu Dhabi rose six places in the rankings. Other centers fell back, particularly, Bahrain and Riyadh, while Dubai continues to take the lead.

Businessmen from around the world grant great attention to the GFCI, which is updated regularly. The index serves as a valuable reference for policy and investment decisions.