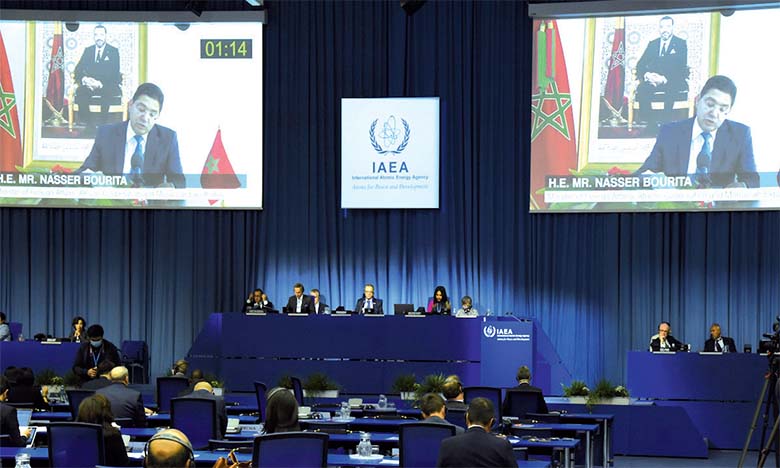 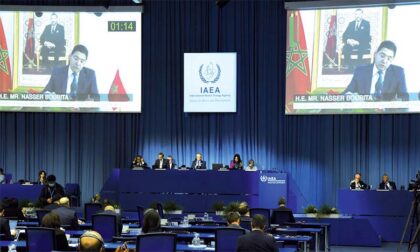 Morocco, which is chairing the 64th General Conference of the International Atomic Energy Agency (IAEA) convening in Vienna, has called for a review of the composition of the Board of Governors of the agency to strengthen its governance and enhance the presence of African countries in this important body of the IAEA.

Addressing on Monday the IAEA meeting via videoconference, Moroccan Foreign Minister Nasser Bourita urged all member states of the agency to support the agency’s amended Article VI, which was adopted twenty-one years ago to increase the number of African countries in the Board of Directors of the international organization.

But this amendment has, so far, been backed by only sixty-two members out of the required one hundred and thirteen countries to enter into force, said the minister, noting that Morocco will strive during its presidency of this conference to raise support for African countries.

The current IAEA meeting is taking place amidst a global health crisis generated by Covid-19 pandemic, which requires effective international cooperation and solidarity to limit the spread of the epidemic and mitigate its repercussions, said Bourita.

Morocco applauds the urgent assistance provided by IAEA to one hundred twenty-five member states, including forty-five African countries, added the minister, citing in this regard the initiative announced last April by King Mohammed VI for setting up a framework at the level of African Heads of State to support the various stages of managing the health crisis associated with the Corona pandemic.

As a token of solidarity with African countries during these difficult times, Morocco has sent medical aid and personal protective gears to twenty African countries to help them combat the Covid-19 pandemic, recalled the minister.

He seized the opportunity of the IAEA meeting to reaffirm Morocco’s commitment and firm adherence to the spirit of the Treaty on the Non-Proliferation of Nuclear Weapons and the central role of the Agency in implementing the requirements of this treaty, which is a fundamental pillar of the non-proliferation system.