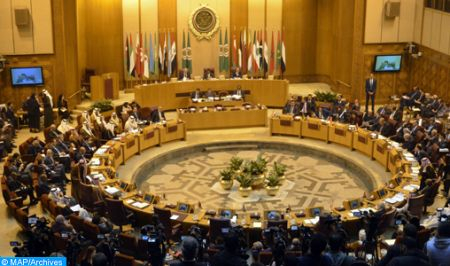 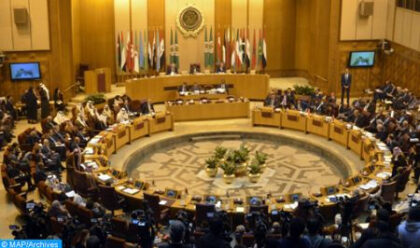 The Arab League Council, convened at the level of Foreign ministers Wednesday, commended King Mohammed VI, Chairman of the Al-Quds Committee, for his efforts to protect the holy city and support the resistance of the Palestinian people.

At the end of the proceedings of its 154th session, the Council commended the field action undertaken by Bayt Mal Al-Quds, an agency of the Al-Quds Committee, for the preservation of the Arab-Islamic identity of the Holy City.

During the session, Foreign Minister Nasser Bourita renewed Morocco’s commitment to the Palestinian cause and to the defense of the legitimate rights of Palestinians.

He said that Morocco’s attachment to the constants of the Palestinian cause is unwavering and unconditional as is its commitment to search for a fair settlement that would end the Israeli occupation of Palestinian territories and allow the establishment of an independent Palestinian State with Eastern Al-Quds as its capital, living side by side with Israel in peace and stability, and subsequently achieve peace in the Middle East.

He urged Arab States to stimulate initiatives and get out of the wait-and-see attitude, by reconsidering certain methods followed so far and by opening up to all the major stakeholders.

The Council’s session ended with a series of decisions highlighting Morocco’s compliance with its commitments at the level of the Arab League, including full payment of its contributions to the budget of the General Secretariat for the financial year 2020, as well as the Kingdom’s contribution to the capital increase of the al-Aqsa Fund.

The Council also welcomed Morocco’s candidacy for the presidency of the 64th session of the General Congress of the International Atomic Energy Agency, assuring the Kingdom of the Arab support to succeed in this upcoming presidency.

Furthermore, it praised the appointment of Moroccan diplomat and former minister, Mohamed Aujar, to lead the UN fact-finding mission on Libya.

Regarding the fight against terrorism and fanaticism, the Council of the League invited member countries to take advantage of the means offered by the Mohammed VI Foundation of African Ulema and the Mohammed VI Institute for the Training of Imams, Morchidines and Morchidates.