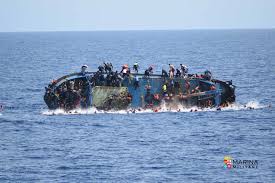 Italy has conditioned release of cooperation funds to Tunisia to efforts by the North African country to stem illegal migration from its coasts, Webdo Tunis reports.

Foreign Minister Luigi Di Maio Tuesday told media that Italy has not reported any arrival of migrants from Tunisia since his last trip to the North African country.

“There is an economic crisis that pushes people on the Tunisian coasts to Italian shores,” the Italian top diplomat. “But talks with Tunisia and some certain important measures that we made, will enable us to cut the migration waves.

Maio discussed with Tunisian President Kais Saied during a visit to Tunis last month the issue of illegal migration. The Italian official pledged Italy’s support but warned that any Tunisian who arrives illegally in Italy will be deported.

Over 4,100 Tunisians arrived in Italy in July while crossing the Mediterranean and over 15,000 have undertaken the difficult journey between January and August this year.