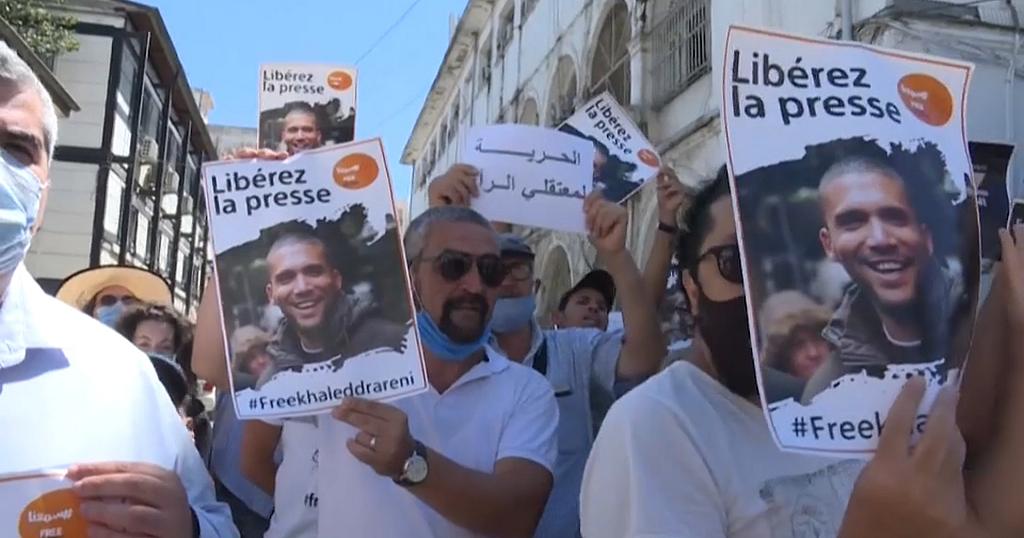 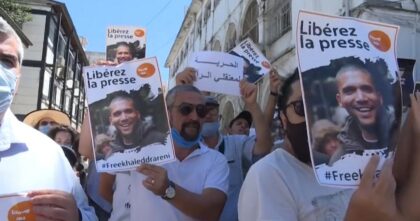 Demonstrators gathered Monday in front of the Algerian Embassy in Paris to demand the release of journalist Khaled Drareni on the eve of his appeal trial.

The director of the news website Casbah Tribune and correspondent for TV5 Monde and RSF has been detained in Algeria since the end of March. He had been arrested after covering the popular uprising known as the “Hirak”.

Almost a month ago, he was sentenced to three years in prison for incitement to gatherings and undermining national unity. His appeal hearing opens this Tuesday, September 7.

The demonstrators, brandishing photos of the journalist, called for the release of Khaled.

For the Secretary General of Reporters Without Borders, Christophe Deloire, the charges against Khaled Drareni do not hold up, and the Algerian authorities are trying through him to intimidate the entire profession: “Because he is a brilliant journalist, he is a responsible journalist, he is charismatic, he is popular, he symbolizes freedom of the mind. And this is what he was made to pay for, and this is why the Algerian authorities wanted to make him an example.»

Around Christophe Deloire, a dozen French journalists, well-known faces from different French television channels, also came to defend the cause of their Algerian colleague. Among them, Laurent Delahousse, one of the presenters of the 8 o’clock news of France 2: “Today, he is obviously a symbol, a symbol of many other journalists who could be subject to pressure, as is already the case. He just did his job, we are lucky to be able to do it freely today. He is accused of questioning national unity when all he does is to conver a movement that has rarely been so powerful and so unified».

Since Khaled Drareni’s conviction, an international campaign of support and appeal for his release has been launched. Mobilizations have been organized in several cities besides Algiers, including Tunis and New York. A petition launched in Algeria has collected about 2,000 signatures from journalists and civil society personalities.

The New York-based the Committee to Protect Journalists had denounced the heavy sentences handed to journalists, in a context of systematic repression against journalists, bloggers and activists of Hirak.