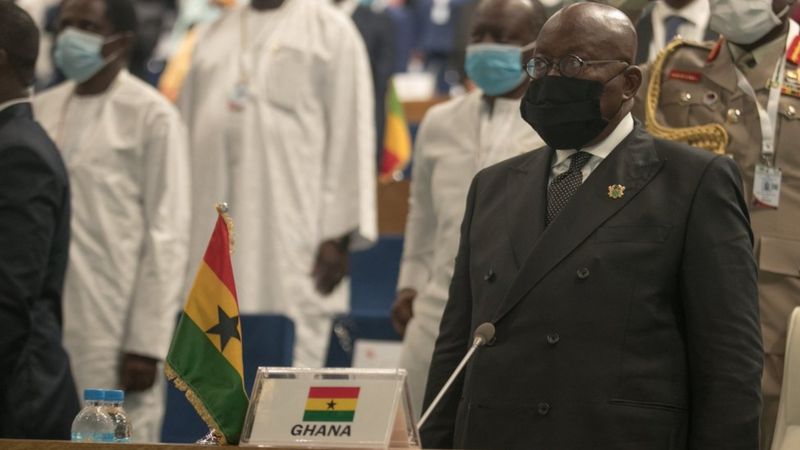 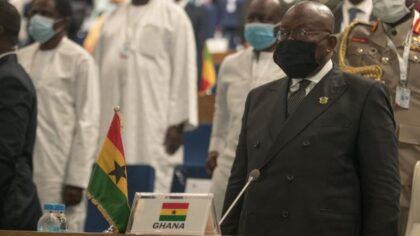 President Akufo-Addo of Ghana has been elected as the new Chairman of the Economic Community of West African States (ECOWAS) at the grouping’s 57th Summit that took place Monday in Niamey, capital of Niger.

The Ghanaian President, who takes over from President Mahamadou Issoufou of Niger, underlined in his acceptance speech the challenges confronting West Africa and the progress made so far to drive the agenda of regional integration.

“Past leaders of ECOWAS have demonstrated their collective will and determination to drive the agenda of regional integration, opening up our economic frontiers, encouraging healthy competition amongst Member States, and ensuring that we adhere to our formative principles,” he said.

The President noted that although considerable progress has been made since the establishment of ECOWAS, some forty-five years ago, much more remains to be done to consolidate the socio-economic and political gains made over the years.

“The challenges, in these critical regional spheres, such as security, economy, trade, currency and health, must be addressed in a spirit of genuine cooperation and solidarity, if we are to succeed in overcoming them, which we can,” he said.

The Ghanaian president stressed the need to protect, at all costs, the grouping’s freedom and independence of action, so that the development of the Community responds to the needs and aspirations of the peoples, and not to the goals of external agencies and forces.

The ECOWAS summit discussed several reports, including the one by the Mediation and Security Council.

The last time a Ghanaian President was elected ECOWAS Chairman was during the 44th Ordinary Session of ECOWAS when former President John Dramani Mahama took over from Ivorian President Allasane Ouattara.