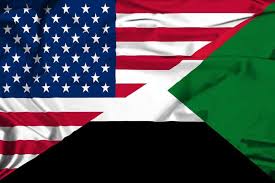 The United States has conditioned the removal of Sudan from its list of states sponsors of terrorism on its normalization of diplomatic ties with Israel, the Sudanese top diplomat Omer Ismail told media on Sunday.

“US Secretary of State Mike Pompeo combined, during his visit to Khartoum in late August, the two files of the normalization and the removal of Sudan from the terror list,” Ismail told local Al-Tayyar newspaper.

Ismail also stressed that Sudan, currently led by a transitional government, did not have the “authority to make such a decision [to normalize ties with Israel].”

The remarks echo those of Prime Minister Abdullah Hamdok during his meeting with the US official in capital Khartoum.

Hamdok has been campaigning for Sudan’s removal of the blacklist, which has prevent the country from accessing international financial support.

Negotiations have stumbled on compensations to families of 17 sailors who were killed during an attack on the USS Cole while it was docked in Yemen’s Aden Port in 2000. The attack was sponsored by late al Qaeda founder Osama Ben Laden who was living in Sudan prior to the attack.