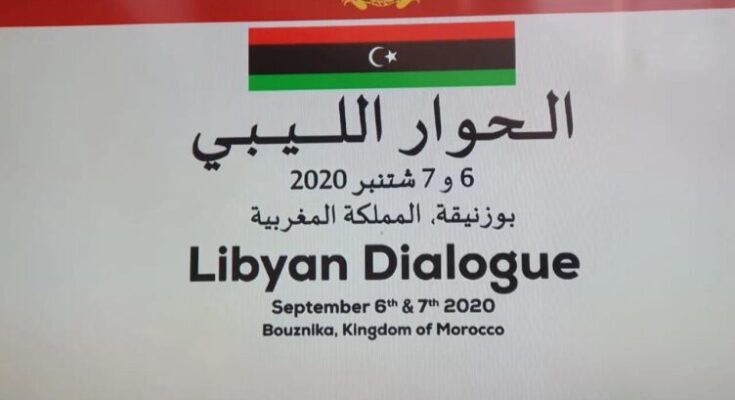 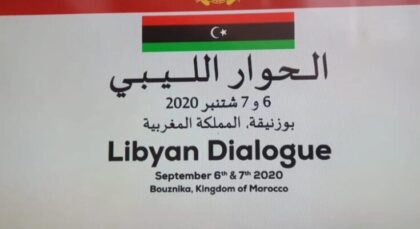 The Inter-Libyan dialogue that opened Sunday in Bouznika, to the south of capital Rabat, resumed this Monday with the participation of the delegations of the High Council of State and the Tobruk-based House of Representatives.

The delegation of the Tobruk Parliament is led by MP Youssef El Akkouri and that of the High Council of State by senator Abdessalam Essafraoui.

In Bouznika, the delegation of the Parliament of Tobruk was led by the deputy Youssef El Akkouri and that of the High Council of the State by the senator, Abdessalam Essafraoui.

The Libyan dialogue seeks to foster the recently-decreed ceasefire, build trust between the Libyan parties, and pave the way for a lasting political solution.
During the first session Sunday, the two delegations expressed their wish to reach a consensus, which will end the suffering of the Libyan people.

The two Libyan delegations thanked King Mohammed VI for the kingdom’s efforts to create the appropriate fraternal atmosphere so as to find a solution to the Libyan crisis, reach a consensus to achieve political and economic stability in Libya, end the suffering of the Libyan people and make it possible to move towards the building of a strong and stable state.

Speaking at the opening of the Libyan dialogue, Minister of Foreign Affairs, Nasser Bourita, pointed out that the positive dynamics observed recently in the Libyan dossier, in particular after the ceasefire and the presentation of initiatives by the Libyan parties, is likely to prepare the ground for moving forward towards a solution to the Libyan crisis.

Bourita reiterated Morocco’s position according to which the solution can only be a political solution achieved by Libyans themselves through dialogue.

The Bouznika meeting aims to prepare the next meeting in Geneva, intended to lay “the foundations for a political settlement” at all levels, according to the two delegations.