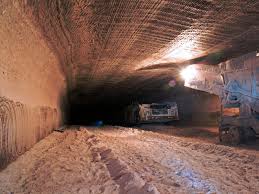 The planned potash project in Khemisset (Northern Morocco) will create 2,385 direct and indirect jobs, and will increase the local GDP per capita by an estimated 40 pc.

The figures were revealed by the UK fertilizer group Emmerson Plc, the Moroccan focused potash development company, when unveiling the findings of a socio-economic study of the potash project that highlighted the social and economic impacts of this project.

According to this study carried out by professor of Economics Sallem Koubida, this project will increase the local GDP per capita by an estimated 40 pc. It will also create 2,385 direct and indirect jobs during the construction phase.

The project, once fully operational, will create 1,500 jobs, including 760 direct ones. The Company is targeting to fill 90 pc of roles at the mine with employees living in Khemisset and the surrounding communes.

The study also affirmed that the total investment over the life of the Project is estimated to stand at $2.5 billion, and that the Company will adopt a procurement strategy to provide preferential treatment to local, regional and in country providers to maximize the benefits to Morocco.

“We are delighted with the outputs of the study which demonstrate that the local, regional and national benefits that the Project will bring are significant”, said Emmerson CEO, Graham Clarke.

The Khemisset project is expected to produce over 700,000 tons of saleable K60 MOP (Muriate of Potash) and 1 million tons of de-icing salt per year. The projected mine life is 19 years although there is potential to extend this timeframe based on the mineral resources already in place.

The project feasibility Study completed by Golder Associates has confirmed the findings from the Scoping Study, which showed that Khemisset has the potential to be a world class, low capital cost, high margin potash mine, which is a very rare asset in the industry.

The study also confirmed that Khemisset has demonstrated an incredibly low pre-production capital cost of US$387 million, less than half of its global peer average capital intensity.

Khemisset is ideally located to benefit from the expected high growth in demand for NPK fertilisers on the African Continent. Its location, close to a number of potential export ports, on the doorstep of European, Brazilian and US markets, means that the project will receive a premium netback price relative to many of its peers. The need to feed the world’s rapidly increasing population is driving demand for potash.