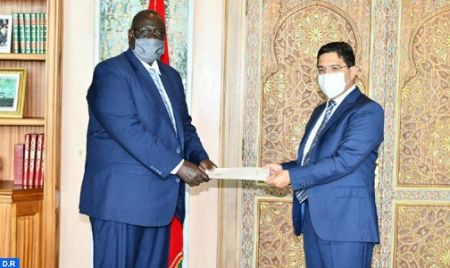 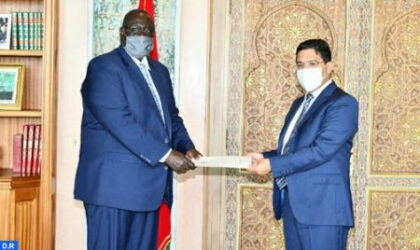 The new ambassador of South Sudan to Morocco Riek Puok Riek reaffirmed his country’s supportive stand to the Kingdom’s sovereignty over the Sahara and to its territorial integrity.

Speaking to reporters following his meeting in Rabat with Moroccan Foreign Minister Nasser Bourita to whom he handed copies of his credentials, Reik said Juba backs fully Rabat in the Sahara issue and supports the Kingdom’s territorial integrity.

During the meeting, the two sides hailed the opening of the embassy of South Sudan in Morocco and voiced shared willingness to enhance bilateral relations and cooperation ties serving the interests of the two countries and the two peoples.