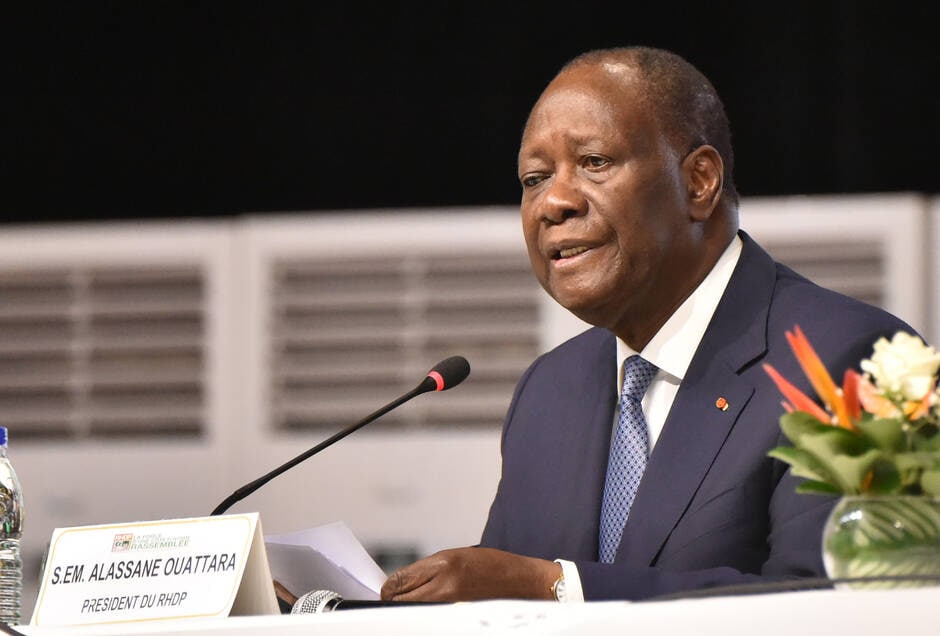 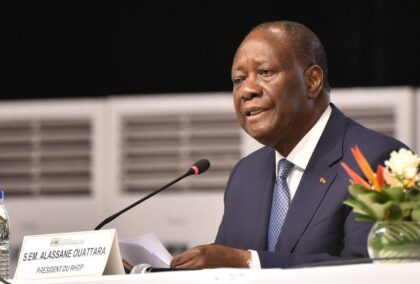 Ivorian President Alassane Ouattara was officially sworn in on Saturday, 22 August, in Abidjan as his party’s candidate in the 31 October presidential election.

He will seek a third term at the head of the country and will defend the colors of the “Houphouétistes Rally for Democracy and Peace” (RHDP) after the brutal death of his runner-up and former Prime Minister, Amadou Gon Coulibaly, and after obtaining the green light from his party’s militants, meeting at the Houphouët-Boigny stadium.

It was in a stadium full of tens of thousands of activists, often transported by buses from all parts of the country, that President Alassane Ouattara obtained the full support of RHDP activists. Alassane Ouattara began by observing a minute’s silence in memory of the man he calls “his son”, Amadou Gon Coulibaly, the RHDP nominee, who died of a heart attack on July 8.

Ouattara once again presented his candidacy as a “sacrifice”, dictated by an “exceptional situation”. He explained that the death of Amadou Gon Coulibaly had caused exceptional circumstances, that it was no longer possible afterwards to organize primaries, and that it was necessary to act quickly.

“So I have resolved to accept your appeal,” the president told his activists.
Regarding the legality of his much contested candidacy, Alassane Ouattara affirmed that there was no retroactivity provided for by the Constitution of the Third Republic and therefore nothing prevents him from being a candidate.

“Who can dare to say he knows the constitution better than I do?” the president-candidate said.

The Ivorian head of state also referred to the violence that has recently flared up in some of the country’s cities since the announcement of his candidacy on 6 August.

“You don’t have to put up tree trunks or break buses or burn down houses to keep someone from running for office. They are doing this because they are afraid,” said Ouattara, drawing cheers from the crowd.

Still concerning his political opponents, President Ouattara added: “Because we cannot win, we want to burn the country”. Sure of himself, sure of his victory, the outgoing president felt that his victory would come in the first round.

“On October 31, it will be a knockout blow,” he concluded, in front of a white-hot crowd.