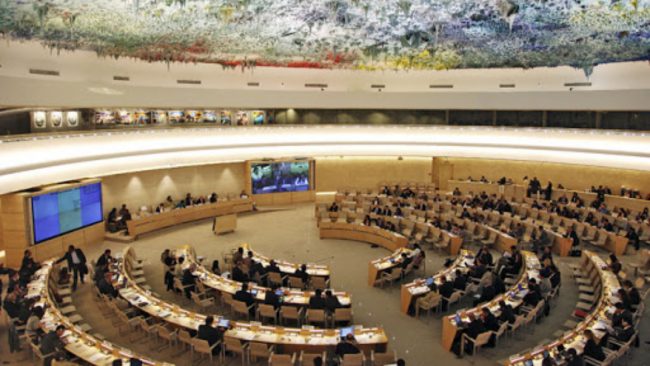 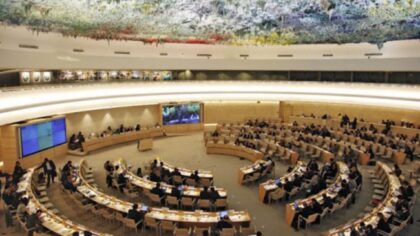 The UN Human Rights Committee (HRC), a body monitoring compliance by signatory states to the International Covenant on Civil and Political Rights, has established the full responsibility of Algerian authorities in the kidnapping of Polisario dissident, Ahmed Khalil Mahmoud Braih.

Ahmed Khalil Mahmoud Braih was kidnapped by agents of the DRS, the former Algerian military intelligence service, in the center of Algiers, on January 6, 2009. He was subsequently taken to an unknown location.

Actually, on July 27, the UNHRC determined that El Khalil was “potentially still being held incommunicado by the Algerian authorities and is a victim, together with his family, of enforced disappearance.”

The UNHRC added that Algeria’s “de facto devolution of … jurisdictional powers to the Polisario Front, as well as the lack of effective remedies for those in the Tindouf camps, continue to deprive Ahmed Khalil and his family of any access to their legal rights,” Alkarama reported.

The HRC recalls in its decision Algeria’s international obligations towards the victim, his family, as well as all the people on Algerian territory, including in the Tindouf camps.

“The Algerian state is therefore required to conduct a rapid, efficient, exhaustive, independent, impartial and transparent investigation into the disappearance of Ahmed Khalil Mahmoud Braih and to provide the family with detailed information on the results of this investigation”, emphasizes the CDH.

The UN body notes that the Algerian authorities must immediately release him if he is still being held secretly and in the event that he is dead, to return his remains to his family with respect for their dignity.

The UN body called on the Algerian state to prosecute those involved in El Khalil’s kidnapping and provide reparation to him and his family.

The Committee asks the Algerian authorities to confirm to it within six months what measures it has effectively taken to follow up on this decision.

The UNHRC’s decision included a statement on the Sahrawi refugees living in the Tindouf camps.

Algeria’s devolution of power to the Polisario “did not mean that the Algerian authorities would relinquish their responsibilities for the protection of human rights in the Tindouf camps,” Alkarama reported, quoting the UNHRC decision.

“The Algerian State must ensure the freedom and security of individuals, as well as access to Algerian courts for anyone in the camps.”

Ahmed Khalil was known for his disagreement with the Polisario leadership on degrading practices and serious violations committed in the Tindouf camps.