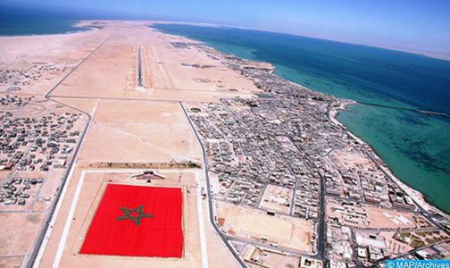 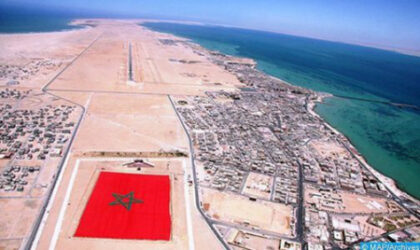 Presidents of Laâyoune-Sakia El Hamra and Dakhla Oued Eddahab regions, Sidi Hamdi Ould Errachid and Yanja El Khattat, have debunked the slanderous allegations circulated by the Polisario and its mentor, Algeria, about human rights in the Sahara.

“These are actually outrageous fabrications, which are part of a shameless political manipulation of human rights,” the presidents of the two Sahara regions stressed in a letter to president of the United Nations Security Council, ambassador Christoph Heusgen.

Through this letter, the presidents of the two regions said they wanted to remove any ambiguity about the outrageous fabrications that are conveyed about the situation in the Moroccan Sahara.

In their letter, the presidents of the two regions of southern Morocco who live among the population and perfectly know the situation on the ground solemnly attest to the “normality” of the human rights situation in the Sahara and denounce the disparaging claims of the polisario and Algeria.

“The rights of the local population in the Moroccan Sahara enjoy effective protection and promotion, based on constitutional guarantees and a national legal and institutional framework consistent with Morocco’s international commitments,” they noted.

The presidents of the two regions noted that these achievements, as well as the cooperation agreements concluded with various major international actors, in full compliance with international law, refute the allegations concerning the exploitation of the natural resources of the Moroccan Sahara.

They pointed out that the credibility of this development dynamic, which is part of a perspective of openness and economic integration at the regional, continental and international levels, is arousing growing interest in the two regions.

Touching on the situation prevailing in the Polisario-run Tindouf camps, Ould Errachid and El Khattat strongly condemned “the outrageous, serious, massive and continuous violations inflicted on the dignity and rights of our brothers and sisters held against their will in the Tindouf camps”.

The presidents of the Laâyoune-Sakia El Hamra and Dakhla Oued Eddahab regions indicated that the Tindouf camps have recently witnessed a resurgence of social protests, noting that these protests are repressed by the Polisario and Algeria, which use tanks and military means against a civilian population.

They also reiterated their full support and unequivocal endorsement of the Moroccan autonomy initiative as the only realistic and feasible way to put an end to the regional dispute over the Moroccan Sahara.