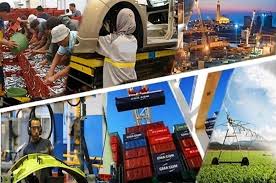 The package represents 11% of Morocco’s GDP, “a proportion that will place Morocco at the forefront of the most enterprising countries in terms of post-crisis stimulus packages,” the King said Wednesday in a state of the Nation address.

I am aware of the magnitude of the adverse effects this crisis has had, not just on public health, but also at social and economic levels, said the King.

The Monarch had ordered the creation of a special fund to manage the coronavirus health crisis that raised 33.7billion dirhams of which 24.65 billion dirhams was spent on social support initiatives and on the medical supplies needed.

“I therefore called for the creation of a special fund to address the health situation as well as the economic and social repercussions of the epidemic. I am heartened to see that this initiative has been spontaneously embraced and that it continues to be actively supported,” the king said.

The King added that 5 billion dirhams will be allocated to the Central Guarantee Fund to boost the economy.

Similarly, the King asked the Government to support the sectors affected by the pandemic, safeguard jobs and preserve the spending power of families who have lost their source of livelihood.

“However, I must say, in all frankness, that the repercussions of this health crisis will be harsh, notwithstanding our efforts to reduce its impacts,” he said.