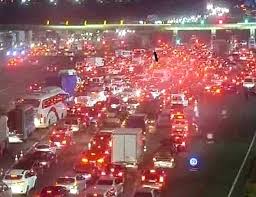 Morocco has decided Sunday night to shut down eight cities preventing exit and access, in a new restrictive measure that would last 14 days according to Health Minister Khaled Ait Taleb.

On Sunday, the announcement was made six hours before the new lockdown of the cities with higher infections was implemented causing a rush and crowding on exits of major cities.

The cities of Casablanca, Settat, Berchid, Marrakech, Fez, Meknes, Tetouan and Tangier will be shut down for at least 14 days, and only people with special authorizations will be allowed in or out.

A new surge in cases over the last few days in these cities was blamed on the lack of respect for precautionary measures by many citizens such as social distancing, use of masks and sanitizers.

When asked about the surprising effect of such an announcement, which did not give people a chance to prepare their travel, the Health Minister said that the new spike in cases requires such a lockdown and that people are not meant to travel to contain the virus outbreak.

“We have never seen such a surge in cases in the first four months of the confinement,” he deplored.

“In two weeks, the rise in Coronavirus cases was higher than the first four months of the confinement,” he said.

He pointed out at the alarming transmission rates in the closed cities citing that the rate rose to 1.9 in Tangier, 1.7 in Fez and 2.35 in Berrechid.

Finance Minister Mohammed Benchaaboun had however dismissed the possibility of a lockdown covering the whole nation citing economic losses as the country braces for a GDP contraction of 5% this year and a deficit of 7.5%.