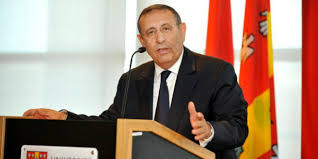 Amrani, who was the guest on Sunday of the “politiki” program of the South African “Galaxy TV” channel, expressed Morocco’s determination to build relations of cooperation and solidarity with South Africa.

Recalling, in this regard, the visit of former South African president Nelson Mandela to Morocco in the early 1960s, the ambassador stressed that the two countries shared the same legitimate ambitions of freedom and justice to emancipate themselves from colonialism and apartheid.

Morocco has always stood by the side of African liberation movements. The country spared no political or diplomatic efforts to support African countries and their people, the diplomat continued.

“Solidarity and unity are the structuring vectors of a resolutely humanist Moroccan approach. It is unconditionally attached to the principles of justice, democracy, equity, and sharing,” Amrani said.

“This is not only a commitment, but a heartfelt conviction that [African states] need to build their future together, far from division and selfishness,” Amrani stressed.

With regard to the challenges facing the continent, such as terrorism, migration or climate change, the ambassador called for concerted strategies and joint actions.

“African interconnections, dialogue and regional integration should be strengthened. We are interdependent in threats, so we must be complementary, homogeneous and interdependent in our actions,” he said, stressing that integration, stability and prosperity should be at the heart of the priorities of African countries.

Touching on the issue of Morocco’s territorial integrity, the diplomat stressed that the UN Security Council has defined the approach to be taken to resolve this regional dispute.

This approach makes it possible to reach a political, realistic, pragmatic and lasting solution based on compromise and regards the autonomy initiative proposed by Morocco as a serious and credible plan to put an end to this issue.

Morocco pledges to work in good faith with the United Nations and the international community to move this process forward under the exclusive aegis of the Security Council, he pointed out.

Responding to a question on the Libyan conflict, Amrani said that the process of dialogue must be “protected from foreign interference to give it the best chances of success”.

Libya’s future will be shaped only with the Libyans and by the Libyans,” he insisted, emphasizing the need to preserve the country’s territorial integrity and independence. He noted, in this connection that “the only real agreement to date that could lead to this prospect is the Skhirat agreement”.

Newer PostSpeaker of Libyan HoR seeks Morocco’s backing to his initiative to resolve crisis
Older PostCOVID-19: Travel banned to and from eight cities in Morocco