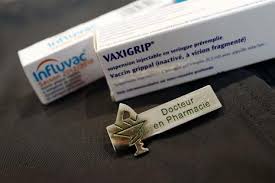 Morocco’s hospitals to be supplied with influenza, Pneumococcal vaccines this Autumn (Minister)

Moroccan hospitals will be supplied with influenza and pneumococcal vaccines during the coming autumn, Health Minister Khalid Ait Taleb announced on Saturday.

While waiting for a safe and effective Covid-19 vaccine, the ministry of Health has decided to launch a vaccination campaign against seasonal influenza and pneumococcal infections for people suffering from chronic diseases in order to strengthen their immunity, said Ait Taleb.

The minister emphasized the seriousness of seasonal influenza for vulnerable populations, including the elderly, pregnant women, infants and those with serious illnesses. He made it clear that seasonal influenza vaccine is not effective against Covid-19.

However, this is a preventive scenario that will be implemented alongside the preventive measures already in place, he stressed.

The official recalled that every year, between 250,000 and 650,000 people die from seasonal influenza around the world, and that influenza affects three to five million people a year across the planet.

Ensuring sufficient stocks of vaccines in hospitals throughout Morocco is therefore a priority of the health ministry.

Ait Taleb made the remarks during a webinar under the theme “COVID-19, Influenza, HPV, and pneumococcus: importance of vaccination, what recommendations?”

The virtual event sought to raise awareness of the importance of vaccines at a time Morocco is recording a surge in the number of COVID-19 cases.

Total coronavirus cases have reached 20,278 as of Sunday July 26, including 313 fatalities, according to official figures released by the Health Ministry.