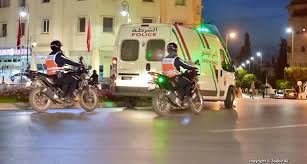 Policemen on Wednesday arrested two people, including a Mauritanian national, for their alleged involvement in illegal immigration and human trafficking activities.

The two suspects, aged 37 and 38, were arrested in the southern city of Laayoune, National Police (DGSN) said in a release, adding that a search carried out at a home located in Al Aouda district led to the arrest of 20 would-be illegal immigrants.

Searches also led to the seizure of a four-wheel drive vehicle used by the suspects for the transport of the would-be illegal immigrants, in addition to four inflatable boats, three satellite navigation devices, a set of license plates, and cell phones used in this criminal activity, the release said.

The suspects were placed on custody, while investigations are underway under the supervision of the competent public prosecutor’s office.

This operation is part of efforts made by the security services to fight illegal immigration and human trafficking.