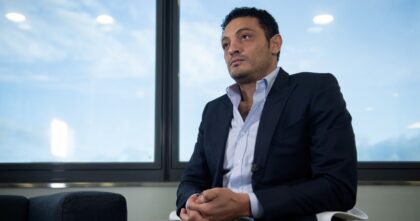 Self-exiled Ali, who has accused the regime of President Fattah al-Sisi of corruption and lavish lifestyles and who sparked widespread protests last September, appeared in court in Barcelona on July 9 to answer the Egyptian demand for his extradition over tax evasion and money laundering charges.

The Egyptian prosecutor’s office has accused Ali of defrauding €7.6m (£6.9m) in three cases of fraudulent real-estate sales and a fourth for money laundering, over the 2006-2008 period, The Guardian reports.

Ali, who has been living in the Spanish city for one year now, rejected the charges and argued that he is innocent and the fraud allegations were genuine excuse by the Egyptian government to arrest and throw him in jail.

The court allowed Ali to go scot-free until next hearing slated in 45 days.
Ali has become since last year a thorny issue for the regime of President al-Sisi. The former contractor who worked for the military for 15 years made several YouTube videos in which he exposed the corruption practices and lavish lifestyles of the regime and the army.

The clips went viral and sparked large demonstrations in the North African country which has banned public protests.

Ali had sought to gather the Egyptian battered opposition but the dream quickly faded away as the government clapped down severely on the demonstrations.