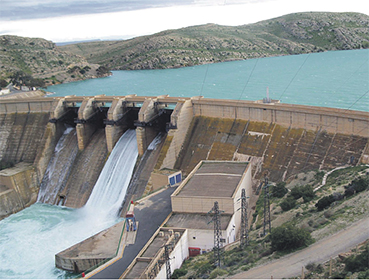 A decrease in rainfall since 2015 combined with a surge in demand on water triggered a fall in dam filling rate to an average 45% nationwide.

Drought has affected in particular this year’s cereals harvest, which was slashed by 49% to 3 million tons, and critically reduced water reserves in some regions.

Water reserves fell by 22% in the region of Tangier, 24% in Sebou, 26% in Melouia while the situation was worst with dam filling rate shrinking 37% in Tensift, 47% in Oum Erbia, 49% in Bouregreg, 58% in Draa and 67% in Souss Massa, Logistics and water minister Abdelkader Amara told MPs.

The wave of heat causes enormous vaporization of dam water while over irrigation threatens to deplete ground water, he said.

Morocco has stopped irrigation in regions where water storage reached critical levels such as the key agricultural Souss region.

Experts expect water storage in Morocco’s dams to further decrease due to vaporization and high demand this summer amid a drought.