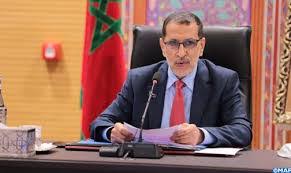 Morocco said that Amnesty International has yet to provide hard evidence for its allegations on authorities spying on a journalist or else acknowledge its fault.

“We, in the Moroccan government, are still insisting on receiving a copy of the report of scientific expertise that was adopted to make these unfounded accusations, or publishing it to the public, instead of issuing a report full of expressions referring to hypotheses that contradict the standards of scientific expertise, which makes of the judgments contained in the report, in the form of assertion, mere expressions that lack any scientific basis to prove the association of the supposed breaches of specific phones in Morocco,” Prime Minister Saad Eddine El Othmani said.

The report was preceded by a defamatory media campaign to undermine Morocco’s reputation, a move which, the Moroccan government said, serves agenda that have nothing to do with human rights.

Morocco remains open to constructive dialogue that requires from Amnesty International presenting tangible evidence of its allegations or review its position as an indication of goodwill to rebuild trust, which is essential to ensure the success of any dialogue, El Othmani pointed out.

The government has denied the allegations of Amnesty and condemned the disinformation campaign led by the London-based NGO.

The government has also rejected the meddling of Amnesty in domestic politics saying that the organization has become a political actor whose strings are controlled by opponents of Morocco’s institutions.