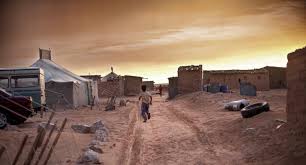 After several members of the European Parliament have lately denounced the continuing diversion of the European Union’s humanitarian assistance to the Tindouf camps and after an investigative article published last week by London-based news outlet EUToday revealed new evidence of the diversions, a draft resolution was tabled this Thursday before the European institution, denouncing the continuation of this fraud and calling for an audit of the European aid diverted by the polisario and its mentor, Algeria.

Members of the European Parliament have thus triggered the official referral mechanism of the EP regarding the diversion of the humanitarian aid intended for the populations held against their will in the Tindouf camps, southwestern Algeria.

The text recalls that a report by the European Anti-Fraud Office (OLAF) published in 2015 “noted the diversion of humanitarian aid granted by the European Union to the Polisario, in particular for the purchase of arms.”

The OLAF report covered a four-year investigation between 2003 and 2007, and documented a well-organized, years-long embezzlement by the Polisario Front of humanitarian aid designated for Sahrawi refugees in the Tindouf camps.

The EP draft resolution also stresses that “Algeria is said to have levied a 5% tax on this aid and to have refused recurring requests for a refugee census made by the United Nations High Commissioner for Refugees in 1977, 2003, 2005 and 2015.”

The text calls on the European Union “to work jointly with the United Nations to supervise a census of the refugees in the Tindouf camps in collaboration with the relevant authorities in Algeria”.

The resolution also urges the EU to audit the Polisario’s use of European humanitarian aid since 2015.

The diversion of humanitarian aid intended for the populations held against their will in Tindouf has come back to the forefront in recent days after the revelation by several media and MEPs that this fraud is continuing despite the context of the Covid-19 pandemic.

The matter was brought last Thursday before the European Parliament Committee on Development (DEVE) at a meeting with European Commissioner for Crisis Management Janez Lenarcic.

Independent investigations and overwhelming testimony have corroborated MEPs’ concerns that the fraud continues despite the measures taken by the European Commission.

Several MEPs, including French Nicolas Bay have last week slammed the EU’s inaction on the embezzlement by the Polisario and Algeria of the humanitarian aid, wondering why Brussels refuses to investigate these acts despite the accumulating evidence and why it continues to send nearly €10 million per year of equipment to a camp while it does not even know the real number of refugees.