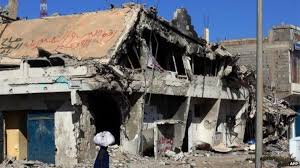 Morocco warned the UN Security Council about the deteriorating security, political and economic conditions in Libya which foreign intervention will further worsen.

Speaking at a virtual meeting of dozen foreign ministers on Libya, Morocco’s Foreign Minister Nasser Bourita reiterated Morocco’s position in support of the UN Skhirate agreement, noting that multiplying initiatives will be counterproductive.

“We have to show realism and pragmatism in dealing with the situation (in Libya) as the proliferation of initiatives will be counterproductive,” he said.

“Skhirate Agreement is not perfect. But, there is no other valid alternative on the table. Its provisions have to be adjusted to and updated by the brothers in Libya,” he said.

While deploring that the coronavirus pandemic did not help avert the degradation of conditions in Libya, Bourita stressed the need for reaching an international joint action in good faith benefiting Libya’s security and stability.

“The solution has to be political and never military,” he said, adding that the settlement should emanate from Libyans themselves and has to safeguard the country’s unity, sovereignty and territorial integrity.

Faithful to Morocco’s attachment to multilateralism, Bourita highlighted the key role of the UN mission UNSMIL while deploring the 2356 deaths left by the infighting.

The humanitarian situation in the North African country is alarming with over 400,000 internally displaced people by fighting and 50,000 seeking asylum, he said.

At the economic level, GDP dropped 58.7% in 2020 and inflation surged 22%, the minister said, while warning of the rise of warlords in the country.

After underscoring the brotherly and time-honored ties between Morocco and Libya, the Minister said “for us, Libya is not only a diplomatic issue, our stability and security depend on the situation in Libya.”

In his address to the meeting, the UN chief Antonio Guterres described the context in Libya as “gloomy” – and urged the international community to seize every opportunity to unblock the political stalemate.

“The conflict has entered a new phase, with foreign interference reaching unprecedented levels, including in the delivery of sophisticated equipment and the number of mercenaries involved in the fighting.”

He insisted that the United Nations is very concerned by an alarming military build-up around the city of Sirte, as well as “a high level of direct foreign interference” in violation of a UN arms embargo, Security Council resolutions and commitments made at the Berlin International Conference on Libya six months ago.