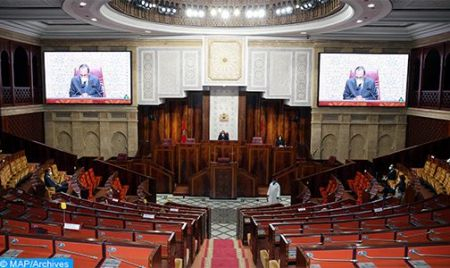 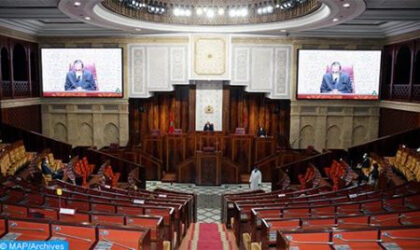 Moroccan MPs from across the spectrum have rejected the “baseless allegations” made by Amnesty International in its latest report accusing Moroccan authorities of spying on Moroccan journalist Omar Radi.

During a meeting held on Monday by Speaker of the House of Representatives Habib El Malki with Heads of parliamentary groups, the MPs denounced “the lies” and “the unsubstantiated allegations” published by AI in an attempt to undermine the major strides accomplished by the North African Kingdom in the protection of human rights in line with its international commitments.

The progress and achievements made by Morocco in the field of human rights have gained it international acclaim, underlined the MPs, urging Amnesty international to respect the rules of objectivity and fairness in its work.

They also called on the NGO to avoid being used or abuse its position for targeting Morocco which will strongly defend its human rights records and foil all plots hatched against it.

Morocco has rejected the response sent by AI’s director for MENA region Heba Morayef after the head of the Govt sent a letter to the London-based NGO to provide material proof for its allegations.

But in its response, AI reproduced the same argument included in its June 22 report assuming that authorities spied on the journalist, but without providing compelling evidence.

The NGO says that the spyware Pegasus is accessible only to governments and hence concludes that Moroccan authorities used it without providing proofs.

For Morocco’s foreign minister Nasser Bourita, the credibility of Amnesty is at stake as it fails to support its allegations.

North Africa Post's news desk is composed of journalists and editors, who are constantly working to provide new and accurate stories to NAP readers.
NEWER POSTTunisia: Son-in-law of deposed President Ben Ali sentenced to 15 years in prison in absentia
OLDER POSTMorocco dismantles a Daesh cell with links to a jihadist arrested in Spain