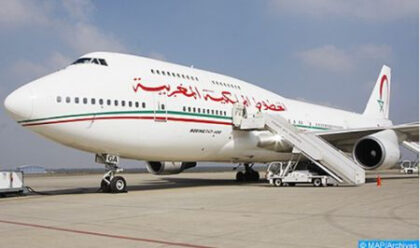 Morocco’s flag carrier RAM saw its revenues drop to zero because of a domestic and international flight ban following the coronavirus outbreak leaving the company struggling to pay salaries and expenses.

The company has requested state aid and plans layoffs as well as canceling some routes it has opened recently, Moroccan media reported, noting that the airline may go as far as selling some of its planes.

The airline has proceeded to deductions from salaries of its employees and breezed investments after the coronavirus hit revenues.

RAM lost $105 million since the start of the lockdown on March 20, Media 24 said citing the airlines’ CEO.

A source told Reuters that the government conditioned aid to the airline on spending cuts, adding that the aid will be specified in the upcoming budget law.

RAM has raised in May the possibility of a state guaranteed loan to pay its expenses.

Newer PostCoronavirus : Who are the people most at risk?
Older PostWorld Bank downgrades Algeria to lower middle-income status