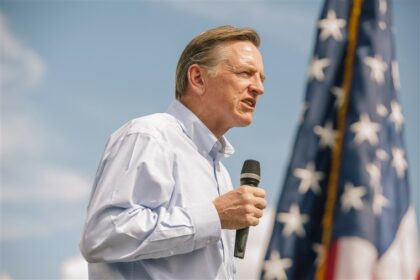 US congress representative for Arizona, Paul Gosar said his country should denounce the Polisario and take a stand against Algerian-sponsored separatism in Morocco’s Sahara.

“President Donald Trump and Secretary of State Mike Pompeo should denounce the Polisario which espouses a Marxist ideology,” he told Moroccan news channel Medi1. “You can’t stand neutral on this,” he said.

He highlighted the close ties between Washington and Rabat and praised Morocco’s role in maintaining peace and stability.

Morocco is “extremely active in the fight against terrorism and extremist ideologies as well as in promoting values of religious tolerance.”

The US position on the Sahara issue has remained steady supporting UN efforts and describing Morocco’s autonomy initiative as serious, realistic and credible.