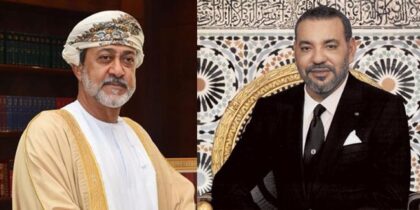 The leaders of several countries continue to convey their wishes of speedy recovery to King Mohammed VI following the heart surgery he underwent on June 14.

In this vein, King Mohammed VI received a phone call from Sultan of Oman Haitham Bin Tariq Bin Taimur, the Moroccan royal office said in a statement on Wednesday.

The Omani leader called the King to express his best wishes for the monarch’s good health as well as a speedy recovery after his heart surgery, the statement said.

King Mohammed VI had previously received phone calls from several other Arab leaders, who also wished him a speedy recovery.

King Mohammed VI underwent heart surgery at the clinic of the Royal Palace in Rabat after he presented a recurrence of a heart rhythm disorder, atrial flutter, on a healthy heart.