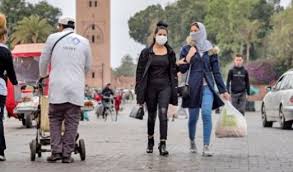 Morocco has moved to the second phase of its confinement easing allowing cafes, restaurants and recreational businesses to open at half capacity, the interior, health and trade ministries said.

Passenger traffic will resume between Moroccan cities except Marrakech, Tangier, Asilah, Larache and Kenitra where lockdown is stricter.

Domestic flights and railways will start operating as well as commercial centers, beaches in full respect of precautionary measures to prevent the coronavirus from spreading, the ministries said.

Since end of May, most of industrial and administrative activity has been green-lighted to resume on the condition of carrying out mass tests for staff.

Hotels will also open their doors to guests at half capacity with the implementation of protective measures including six-hour span for refilling a room after a client’s departure and luggage disinfection.

The state of health emergency, under which restrictive measures could be restored in case of an outbreak, remains in force until July 10.