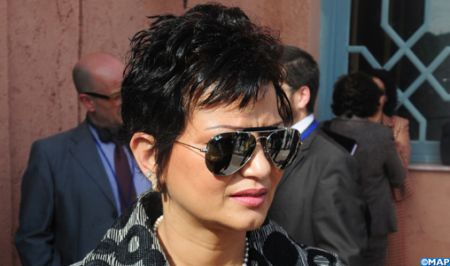 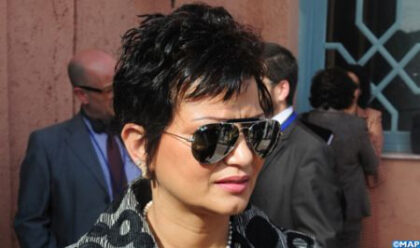 Najat Rochdi brings more than 20 years of experience in the development and humanitarian aid sector and international coordination in conflict and post-conflict zones, notably through her last assignment as a senior advisor to the UN Special Envoy for Syria and Director at the UN Office for the Coordination of Humanitarian Affairs (OCHA) in Geneva, the UN Chief’s spokesman said in a statement.

Previously, Najat Rochdi was Deputy Special Representative of the UN Secretary-General and Resident and Humanitarian Coordinator of MINUSCA, the UN Peacekeeping Mission in the Central African Republic. She also held the post of Resident and Humanitarian Coordinator in Cameroon and Deputy Director of the representative office of the UNDP in Geneva.

Najat Rochdi holds a Phd in information systems from the National Institute of Statistics and Applied Economics in Rabat and a master’s degree in mathematics and fundamental applications from the University of Paris Sud 11.

Najat Rochdi succeeds in the position in Lebanon the Swiss Philippe Lazzarini, who completed his mission in Lebanon on March 31 and was appointed as Commissioner-General of the UN Relief and Works Agency for Palestine Refugees in the Near East (UNRWA).

North Africa Post's news desk is composed of journalists and editors, who are constantly working to provide new and accurate stories to NAP readers.
NEWER POSTThe King of Eswatini Mswati III expresses, on behalf of all Eswatinis, appreciation for the noble initiative by King Mohammed VI to send COVID-19 medical equipment & supplies to 15 African countries, the Kingdom of Eswatini feels privileged to be among these countries
OLDER POSTRSF Calls on Algerian Govt to end prosecution & harassment of journalists