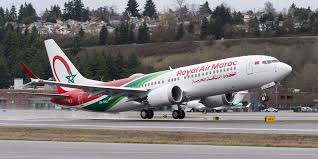 After Algeria and the two enclaves of Ceuta and Melilla, Morocco launched this Wednesday June 10 an air bridge to repatriate its nationals who were stuck in Malaga since the country closed its borders in March to slow the spread of the coronavirus.

According to the news outlet Le360, three flights are scheduled this Wednesday from the city of Malaga.

The flights, operated by the national carrier RAM, will bring back home 100 passengers aboard each plane. The returnees will arrive at Tétouan city airport.

On Tuesday, Foreign Minister Nasser Bourita told MPs that the repatriation from Spain will start in two days with the priority given to Moroccans in southern Spain followed by Catalonia, the Basque country and Madrid.

After Spain, Morocco will bring back home citizens stuck in Turkey, France, the Gulf countries and African countries in strict respect of precautionary measures.

The repatriated nationals from Ceuta, Melilla and Algeria had to quarantine for 9 days at resorts upon their arrival in Morocco followed by two coronavirus tests.

In tandem with repatriation, Morocco’s diplomatic and consular services will continue to bring assistance to nationals abroad who are unable to return to the homeland.

The foreign minister has offered accommodation to 6852 citizens and offered them medical assistance and covered medical fares for emergency cases.

Moroccan embassies and consular services have also interceded with host countries to renew visas for the Moroccans abroad and mobilized the networks of Moroccan lawyers abroad to assist with legal protection.

The total number of Moroccans stranded abroad is estimated at over 32,000 people.