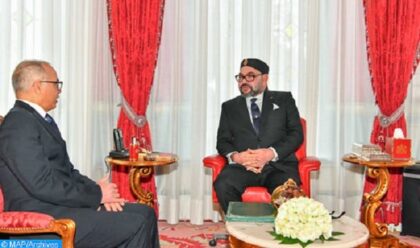 King Mohammed VI has set January 2021 as a new deadline for a special committee to submit its proposals for a new development model, which was previously planned to be revealed this month.

This delay was approved by the Sovereign in order to facilitate the task of the committee to broaden the scope of its research concerning all development aspects including the new challenges posed by Covid-19.

The committee is chaired by Ambassador to France and former interior Minister Chakib Benmoussa and is composed of 35 members, including renowned figures from the private and public sector as well as academics.

The committee was established in December 2019 following a series of Royal speeches urging a new momentum to the reform process in the country.

In the latest Throne Day speech, in July 2020, the King outlined the new missions of the committee especially in the fields of overhauling education, health, agriculture, investment and taxation.

The King made it clear that the committee will not serve as a second government or a parallel official institution but rather as an advisory body.