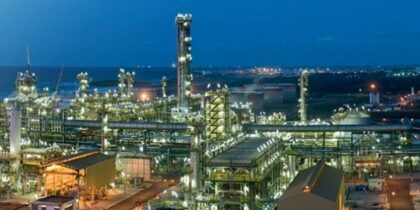 Morocco’s mining and hydrocarbons office ONHYM was tasked with overseeing the supply and the storing of oil after the Moroccan government’s request to rent the storage tanks of Samir refinery was approved by the commercial court.

Morocco’s only refiner Samir in Mohammedia has been shutdown since 2015 due to unpaid debt to the state and banks, leaving the country dependent on imports of refined energy products, which weigh on the balance of payments.

The judge in charge of liquidation accepted the Moroccan government’s request to rent its tanks amid low prices and in anticipation of possible hikes as countries across the globe ease coronavirus lockdown.

“The price for the rental agreement will be fixed on the basis of those practiced at the international level,” energy minister told MPs.

The move aims at meeting the requirement of stocking up energy products enough for 60 days of domestic consumption, said the minister who also stressed on the need for Morocco to have its own refining industry.

His statement make a U-turn from previous remarks that reflect that refining was a thing of the past.

Samir’s union leaders have on multiple occasions called on the state, majority debt owner, to nationalize the plant and urged the judge in charge of liquidation to facilitate its sale to keep Morocco’s energy independence and maintain jobs.