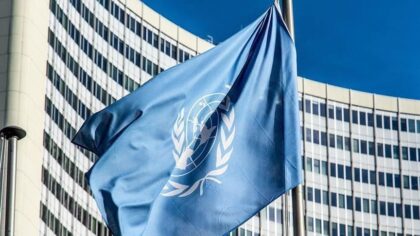 Libyan retired and rebel Gen. Khalifa Haftar has accepted to go back to talks on ceasefire in Libya, the UN special mission in Libya (UNSMIL) announced on Tuesday.

“The United Nations Mission welcomes the parties in Libya accepting the resumption of the Joint Military Commission 5+5 talks,” UNSMIL said on Twitter.

“It is hoped that all national and international parties involved in the Libyan issue will respond to the calls of the Libyan people to end the war and that the 5+5 negotiations will lay the groundwork for the final ceasefire,” the tweet added.

Haftar and his self-style Libyan National Army (LNA) have since April last year launched a military offensive against the Tripoli-based Government of National Accord (GNA).

Both sides failed to agree on a cease after January 19 Berlin conference on Libya. Fighting instead raged until last month with GNA forces, supported by Turkey, taking over strategic positions from the LNA.

The GNA on Monday, through its interior ministry, said it will not negotiate with Haftar who it said “is no partner in the political process and will be an obstacle to any political solution’’.

It also indicated that it seeks ‘‘to control the entire Libyan territory to manage the political process’’, Libya Herald reports.