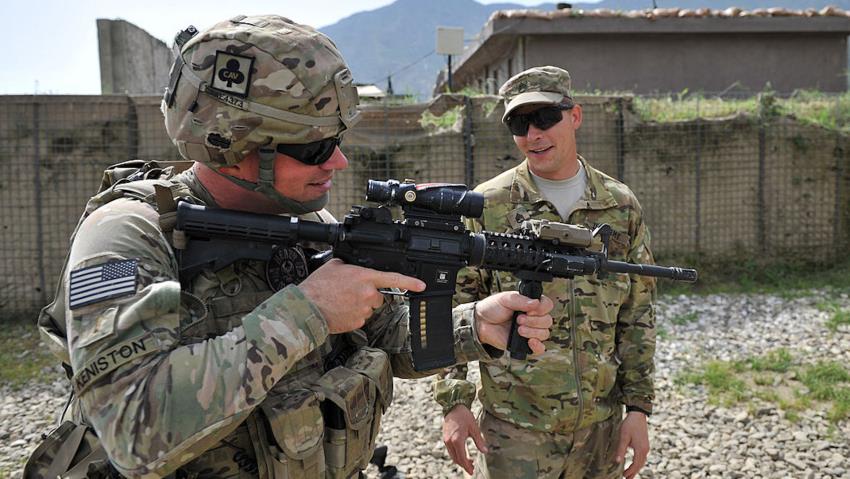 UGTT rejects any foreign intervention in Libya from Tunisian territory. 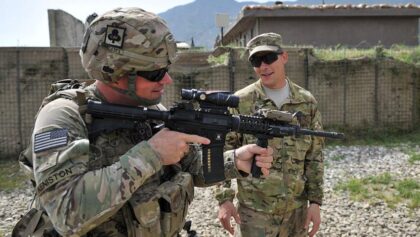 The US military command for Africa, AFRICOM, has denied reports it is seeking to deploy a brigade in Tunisia to counter Russia’s influence in neighboring Libya.

The offer to deploy the US Security Force Assistance Brigades in Tunisia over Russia’s activities in Libya was made by Africom commander, Stephen Townsend, at a phone conversation with Tunisia’s Defense Minister Imed Hazgui Thursday.

On Friday, AFRICOM raised the possibility of using a security assistance brigade on Tunisian soil in connection with developments in Libya.

“We’re looking at new ways to address mutual security concerns with Tunisia, including the use of our Security Force Assistance Brigade,” the US command said.

It made it clear however, that the indication to set up a brigade in the North African country does not translate into engaging military combat.

The following day, the US embassy in Tunis said that “about the security forces assistance brigade mentioned in the AFRICOM statement, it is a simple training unit in the framework of a military assistance program, which in no way involves military combat forces”.

The powerful Tunisian General Labor Union (UGTT), on Sunday, affirmed its mobilization alongside national forces to “thwart by all means any attempts to use Tunisian territory as a starting point for a US, Turkish or other intervention in Libya”.

In a statement issued by its Executive Committee on Sunday, the UGTT pledged to “pull all forces together and exert all means of pressure to prohibit (any attempt to) drag Tunisia into the axis policy”.

The labor organization calls on all levels of authority to stick to a position of refusal of any alignment and to protect the country from any involvement in the destruction of Libya and the massacre of its people.

“The UGTT’s position,” the statement said, “comes at a time when the threats are increasing: Tunisian politicians have become entangled in the support of one side or the other, in addition to statements by the AFRICOM unveiling a strategy to exploit Tunisian territory for US intervention in the Libyan conflict.”

The UGTT calls, in this respect, on the Tunisian President and patriotic MPs to “submit a legislative initiative prohibiting anyone, whatever their position and their strength, from dragging Tunisia into the axis policy against the interest of Tunisia, our Libyan brothers and peoples in the Arab region”.

The labor organization calls on the Tunisian authorities to take all security and sovereign measures to guarantee the protection of the borders and prohibit the movement of terrorists to and from Libya.

The point is not to repeat the criminal experience of sending thousands of young people to the hotbeds of tension and conflict, it added.

The UGTT reiterates its rejection of any foreign intervention in Libya, which it considers a direct occupation, calling for the need to impose an inter-Libyan settlement to the crisis through dialogue which must be preceded by the cessation of all hostilities.

“The situation in Libya is worsening after the direct intervention of several countries and the transfer of thousands of terrorists who have suffered severe setbacks in Syria”, deplores the UGTT.

This explosive situation constitutes a direct threat to Tunisia in terms of its territorial integrity, security, and economic and social situation, warns the UGTT.

The US has been concerned with Russia’s presence in Libya where it backs rebel and retired Gen. Khalifa Haftar who is fighting UN-backed Government of National Accord (GNA) headquartered in capital Tripoli.