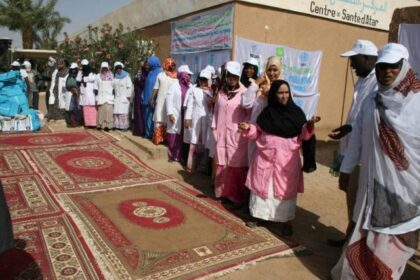 Total coronavirus cases have risen in Mauritania to 141, a month after it declared that it became coronavirus-free after seven recoveries and one death.

The surge in cases in the sparsely populated West African country highlights the risks surrounding confinement easing and the need for vigilance and strict social distancing measures.

The virus is circuitous and has longer incubation period compared to normal flu that makes its contagion hard to control as most cases might show no symptoms.

Mauritania has asked people entering its borders to quarantine, which largely contributed to containing the virus in the country. The country has also imposed a curfew starting 18:00.

But on May 6, the government eased the restrictive measures to contain the virus allowing markets and restaurants to reopen in addition to collective prayers at mosques.

Despite the mandatory use of facemasks, cases are on the rise and the limited testing capacity cast a shadow on the scale of the pandemic in Mauritania.

Mauritania with 4.6 million people has conducted 2583 tests so far.