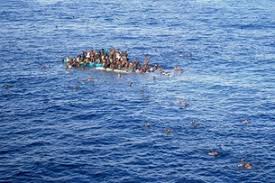 Twenty-five Sub-Saharan would-be illegal immigrants and a Moroccan were arrested Tuesday by the Royal Navy at the fishing village ‘Lassarga’, south of the city of Dakhla, according to a security source.

These individuals, who were planning to reach the Canary Islands, were arrested aboard a small fishing boat, the source added.

They were transferred to Dakhla’s reception center as part of the measures provided for by the state in the context of the health emergency.
A police investigation is underway.