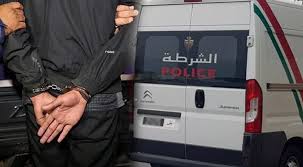 The police of the Moroccan northern city of Mdiq-Fnideq arrested, Sunday evening, six individuals, a Spanish citizen of Moroccan origin and five Algerians, suspected of involvement in the organization of illegal immigration, illegal stay in Morocco, refusal to comply and violation of the state of health emergency.

According to the first elements of the investigation, the five Algerians had donated to the other suspect €7,000 to help them immigrate to Europe. A dispute broke out between the two sides in the streets of Fnideq after the Spaniard failed to keep his promise and carry out his criminal activity, the National Police (DGSN) said in a press release.

The police intervened to settle the dispute and arrest the suspects, but the latter resisted fiercely and attacked the police by throwing kitchen utensils from the interior of the house where they resided.

The six suspects were arrested and remanded in police custody.

Investigations are carried on to determine the national and international ramifications of the case.