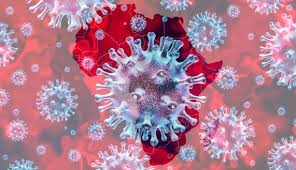 The containment imposed to limit the spread of COVID-19 costs Africa 2.5% of its GDP, equivalent to $65.7 billion per month, the Economic Commission for Africa (ECA) revealed in a report.

Private companies approached by the authors of the report say they are working at only 43% of their potential.

Overall, 42 African countries have implemented total or partial containment to curb the spread of the covid-19 pandemic.

Exit strategies proposed by the ECA range from massive increases in testing, mandatorily issued immunity certificates, gradual de-confinement and continued containment until a vaccine and remedies are available.

Meanwhile, the number of infected people on the continent is growing at a rate of 30% per week, increasing the pressure on policy makers.

According to available figures, there were 73,034 confirmed cases of coronavirus and nearly 2,500 deaths due to the disease on the continent as of this Thursday May 14.

South Africa is the most affected country, ahead of Egypt. They are followed by Morocco, Algeria, Nigeria and Ghana.

Lesotho, which has been officially spared, reported its first case of coronavirus on Wednesday May 13.