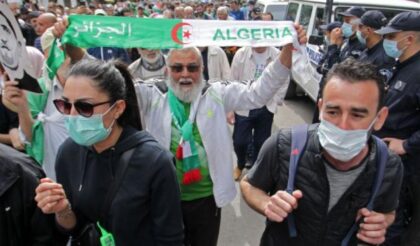 Algeria has extended its coronavirus confinement due to the unavailability of facemasks without which infections could surge, overturning any containment gains.

Health minister Abderrahmane Bouzid has asked Algerians to make facemasks at home, a call that acknowledged the government’s incapacity to provide masks to its citizens.

Prime Minister Abdelaziz Jerrad, when he announced an extension of the confinement for another 15 days, vowed to make facemasks available.

The extension was explained in the Algerian media as admitting a failure to provide masks, which will be mandatory.

Neighboring Morocco has imposed wearing facemasks since April 7 after it met the needs of domestic market. The country exports these protective clothing and other medical gear.

The pandemic situation in Algeria is shrouded in uncertainty due to fewer tests limited at 6500, the bulk majority (6067) turned up positive. Fatalities in the country reached 515.