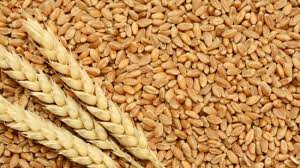 The Moroccan government maintained the halt on the import duty on soft wheat until yearend to prevent prices from soaring in the domestic market amid attempt by exporters to limit sales.

Russia, the world’s top soft wheat exporter, limited sales through June to protect its own supply as the coronavirus crisis sparks food-security concerns around the world.

Similar calls have been heard in France where some MPs called to follow suit by imposing caps on exports in a move to increase prices.

This would result in a surge in prices despite the availability of stocks. This could affect Morocco which on average imports half of its soft wheat needs.

Therefore, scrapping the customs duty from 35% that was planned for June 15, would maintain flour prices at their current levels in a country where bread is the main staple.

According to the agriculture ministry, Morocco’s harvest this year of soft wheat will be limited to 1.6 million tons due to a shortage of rainfall. Stockpiles so far cover 4.5 months of the needs of the domestic market.