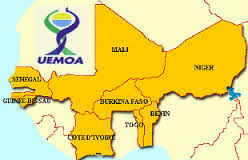 The Conference of Heads of State and Government of the West African Economic and Monetary Union (WAEMU) decided to suspend temporarily the application of the Convergence, Stability, Growth and Solidarity Pact.

The decision was made at an extraordinary session by videoconference on 27 April 2020 to address the health crisis in WAEMU countries.

According to the declaration signed by the President of the Conference of Heads of State and Government of WAEMU, Ivorian President Alassane Ouattara, this decision is taken in order to deal with the coronavirus pandemic that broke out in December 2019 and spread to almost every country in the world.

Concerned to preserve an environment conducive to a recovery of economic activity after the health crisis and on the recommendation of the Council of Ministers, the Conference decided to temporarily suspend the application of the Convergence, Stability, Growth and Solidarity Pact, but
urged Member States to continue to implement fiscal policies allowing a return to fiscal consolidation after the crisis.

WAEMU established, in January 2015 through an Additional Act, a Convergence, Stability, Growth and Solidarity Pact between the Member States of the Union, emphasizing the respect of the convergence criteria by the Member States.

The implementation of the Convergence Pact has made it possible to consolidate the macroeconomic framework and has led to compliance with the convergence conditions in 2019.

Article 22 of the Additional Act also provides for exceptional circumstances that may prevent Member States from meeting the convergence criteria, in particular the key criterion on the budget deficit.