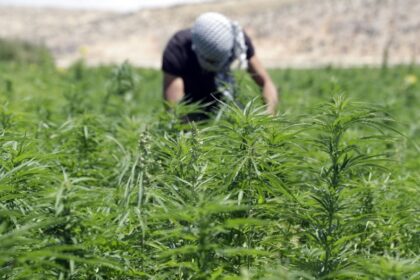 As Lebanon’s economy struggles amid coronavirus fallout, the parliament on Tuesday passed legislation to legalize cannabis cultivation for medical and industrial purposes, a move that is expected to generate revenue for the country.

Lawmakers approved the bill during a parliament session held in a conference hall. The approval received the backing Hezbollah’s allies including representatives of President Michel Aoun and parliamentary Speaker Nabih Berri. The Shia movement opposed the proposal.

With the vote, Lebanon becomes the first country in the Middle East to greenlight the cultivation of the herb that has been illegally cultivated in the eastern province of Bekaa, a Hezbollah stronghold.

US Newsweek magazine quoted Hilal Khashan, a professor of political studies and public administration at the American University of Beirut, as saying that legalizing cannabis would not be nearly enough to address Lebanon’s economic concerns. He also voiced skepticism that the government would be able to successfully implement the law, given Hezbollah’s opposition, said Newsweek.

“Hezbollah is a primary beneficiary of cannabis trafficking,” Khashan told the US magazine. “The only way for Hezbollah to accept the ratification of the law is to be directly involved in its implementation—i.e., get its share from it,” Hilal Khashan said.

The UN Office on Drugs and Crime ranked Lebanon in 2018 among the world’s top five producers of cannabis.

The move according to Bloomberg could generate as much as $1 billion in revenue a year.

Former caretaker minister for economy and trade in July 2018 told the US-based media that the Lebanese marijuana “”is one of the best in the world”.